Where: Gaustablikk to Oslo 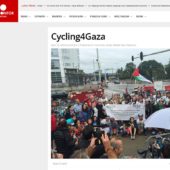 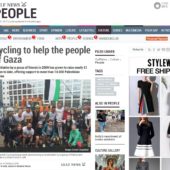 Gulf News – Cycling to help the people of Gaza 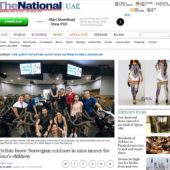 We tend to think of cycling as a recreational form of sports; that a bike might take us to a specific destination – a location that we intentionally select, but it might even go beyond that tangible realm…It might touch the lives of others… We rarely think of it as a philanthropic hobby that can altruistically create opportunities for underprivileged children and ameliorate their living conditions. Cycling4Gaza is a non-profit initiative lead by a group of keen individuals who fundraise annually for Palestinian children. It includes people from various nationalities and miscellaneous cultural and educational backgrounds, who all unanimously agree that children, especially in war-zones, have the right to be provided with good living conditions and education.

Continue Reading – A bike ride can be much more than recreation: Cycling4Gaza