CHECK IT OUT – C4G IN MONDOWEISS

A few words by Annie Robbins about Cycling4Gaza and the REACH Gaza project, published by Mondoweiss.

“Astoundingly, Cycling4Gaza, a tiny non profit NGO, founded in 2009 after the Cast Lead massacre, has already raised well over $1million for health care and education projects in the besieged Gaza Strip. A staggering sum from an organization initiated by 4 young friends hanging posters on London streets to recruit fellow cyclists for their first trek from London to Paris.” 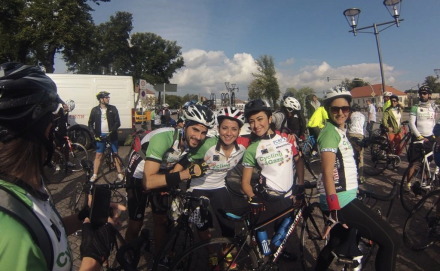 Check out the link below for MORE:

Cycling4Gaza to stage Philly to DC trek in mid-September