Map of Ain El Helwe camp with Dr Ali pointing at location of MAP offices at the fringes of the camp.

Nahr el Bared is not a place like any other. Ain El Helwe is not a place like any other. They’re both Palestinian refugee camps in Lebanon, one in the North and one in the South. They rank highest in population count in the 12 Palestinian refugee camps in Lebanon, and they are physically and psychologically gated, allowing people with certain IDs to get in or out, with strict or not so strict checkpoints. But thinking you know it all by stepping into either of them is far from it. I’d gone at least 6 times into Ain El Helwe a year earlier, working closely with Amal Shihabi, one of two speakers of TEDxRamallah in Lebanon (you can watch her talk in Arabic here). I am also vaguely familiar with Nahr El Bared from a visit i’d made with the UNRWA a few years after the 2007 conflict.

The Cycling4Gaza team decided to become familiar with its partner projects from first hand visits when possible. Being based in Lebanon, and with MAP’s Maternal and Child Health project being carried out in Nahr el Bared, Baddawi, and Ain El Helwe Palestinian Refugee camps, I headed to MAP’s office in the South with the assumption that all there was to this visit was a close look at MAP’s work with the families. I had gotten a good dose of what camps are like in Lebanon and so this trip felt familiar. What I did not expect was to see a part of refuge I had not been aware of.

I was met by a group of midwives, nurses and the operational team including the director of the project, Dr Ali. I saw the organizational aspects of the project, from filing, to reporting, and family records, the pink for the girl and the blue for the boy, something to smile about. Also, the well compartmentalized midwife’s kit. 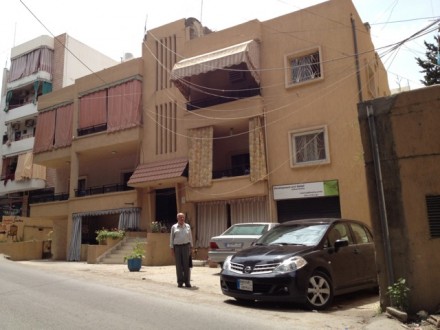 MAP office near Ain El Helwe, with dr Ali at end of visit. 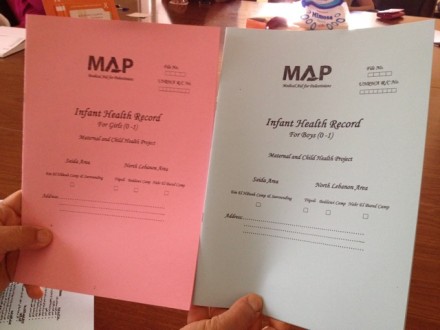 Infant Health Record, blue for boys and pink for girls 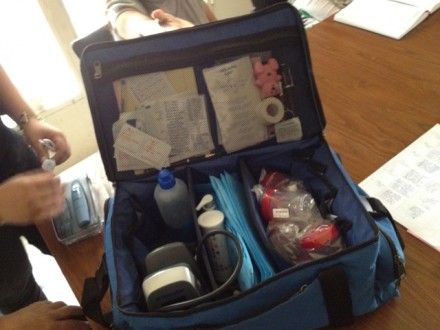 Our visit took us to the fringes of the camp, where the office is based. My expectation was that the families living on the fringes were better off, at least living in buildings with proper infrastructure. What i saw was very different. Ola, one of the midwives, a Lebanese young lady of Palestinian origins, and I were driven there, a close ride from the office. We were dropped off and started walking in what i would have thought was wilderness. And in fact it was, but that was not all. Within this were families overflowing from the camp. Some are registered as official refugees who could not squeeze into the camp, and some kept without any form of registration, and thus unrecognized by both the UNRWA (a United Nations arm dedicated to Palestinian refugees, established in 1949, United Nations Relief and Works Agency) and the Lebanese government. After walking on dry grass, and passing the garbage, a few steps away from that, and well hidden into the bushes, shack-like installations stood, or barely stood, a mix of corrugated sheets, wood panels and any scrap material lumped together. An architect’s material haven so to speak. When Ola got closer to the panel acting as a door, I put my camera down and it was time to see MAP at work.

For those who have not stepped into a refugee camp, a favela or equivalent urbanities, I believe it is best to leave it here and let you take it in before getting to the part about MAP’s core work for the Maternal and Child Health project.

[To learn more about Palestinian refugees in Lebanon and in other countries, you can visit http://www.unrwa.org/] 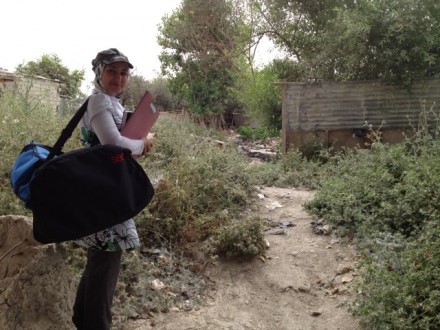 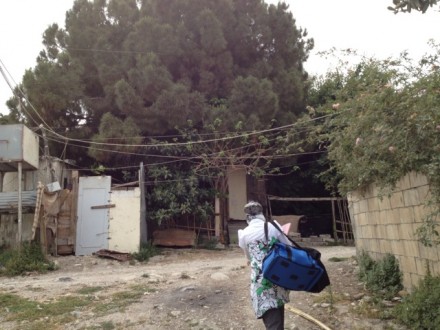 Midwife Ola at the destination for her mother/child visit 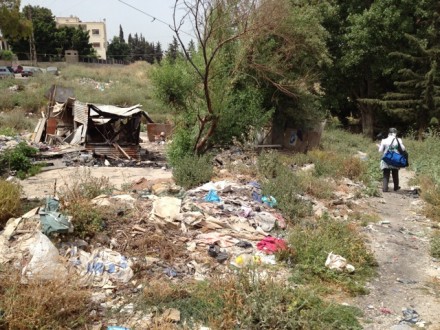 Area on the fringes of Ain El Helwe Palestinian refugee camp with refugee families (registered and not) living in make shift spaces.