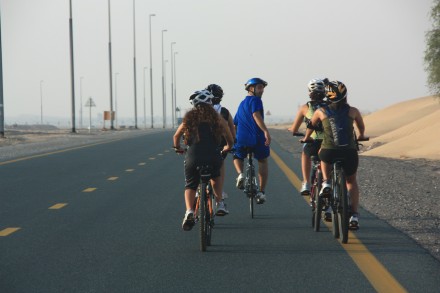 Last May 2011, I was out with the family when my younger sister, Shaima, asked me if I’d like to take part in a cycling challenge to help raise money and awareness for the children of Gaza. My immediate answer was “Yes!” In the next few minutes, I looked at her again and asked: “Tell me more about this, how does it work?!”

Fast forward to August, I was part of a group of 10 UAE-based cyclists who were buzzing with energy. We trained together, we hosted dinners, we ran a Palestinian movie night, we sold our unwanted items at the flea markets, and we got people training for boxing- All for Gaza! We were unstoppable! We spoke relentlessly about the projects we’re supporting and we trained for our upcoming 350 Kms from Olympia to Athens in October 2011.

In parallel, d-day came closer and the protests against austerity measures by the Greeks were reaching new levels. The security situation in Greece was deteriorating and the worse was inevitable: We had to call off the cycle in Greece. A week before we were due to fly to Greece, we were certain that air traffic controllers in Athens were to strike on the day we planned to get to Greece and a day later. Nothing was clear except for the fact that we had to call it off!

What we couldn’t ignore at that point is our responsibility towards 1,080 children spread over 3 NGOs that work in the Strip as well as all the people that donated to our cause and supported us – the challenge had to take place: Cycling4Gaza cyclists from different parts of the world involved themselves and a brave decision to hold a substitute challenge in Jordan in December 2011 was taken.

Following the big change in plan, Cycling4Gaza has assembled a 5-people team that has volunteered to take on an administrative challenge to recreate the event from close-o-scratch in a very limited timeframe. We have come a long way now towards planning our 3-day cycle which starts next December 8th from Aqaba. I am pumped to be part of an international team that has come to show their determination to humanity and to Gaza!

I dedicate this post to the Cycling4Gaza’s 2011 team. To all of you who planned to make it to the original cycle in Greece in October and to all the ones I will meet in Jordan in less than 4 weeks. 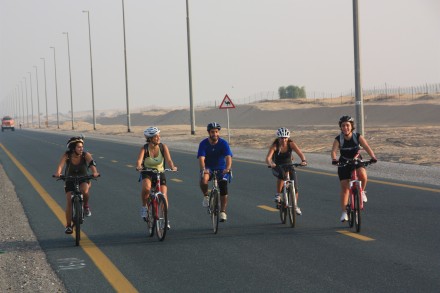