Cycling4Gaza and the PCRF joined forces this year for the launch of the Gaza mental healthcare project.

Here are a few snippits of information regarding the project:

Check out our first newsletter of 2014!

– A video from Steve Sosebee, the President and CEO of the PCRF

– A story from Rami Zughayer, our first Palestinian cyclist from the West Bank, about the Germany cycle

– Updates on the REACH Gaza project from Zara Hannoun, lead organiser for Cycling4Gaza

Happy new year. I wanted to take this opportunity to let you know where Cycling4Gaza is at during this exciting time, what we have achieved in the past year, and where we are headed in 2014.In 2013, Cycling4Gaza:

Our  400km challenge from Hamburg to Berlin in September 2013 culminated at the gates to the Berlin Wall, with smiling faces and aching muscles. You can read more about the challenge from one of our cyclists, Rami Zughayar (scroll down).The openness of Berlin, a city with a complex history, the lack of walls, barriers, obstacles, served as a bittersweet reminder of what can be achieved, and of what yet needs to be achieved in Palestine, where a graffiti-covered wall painfully similar to that of the former wall that stood in the heart of Berlin, still stands today.A couple of the cyclists this year asked me “why Cycling4Gaza? Why not Cycling4Palestine?” Why Cycling4Gaza? Because, as far as we can see, Gaza needs it the most. Palestinians who live in the Gaza Strip have been made increasingly isolated from the world, and indeed from the rest of Palestine, so that families are constantly torn apart, and the Palestinian community has become entirely fragmented, with no sense of a whole.  And while the tide slowly turns and the international community begins to come round to the struggle of the Palestinians, while we are starting to hear the other side of the story that was neglected for so long, the story of Gaza remains left behind. The faces of Palestinians in Gaza, of human beings, are rarely ever seen, their voices rarely heard. So this is why we are cycling for Gaza. It is our job to build on Cycling4Gaza as a space that brings this story to life, that gives a different face to the misunderstood place that is the Gaza Strip. It is our job to continue doing something positive in Gaza’s name, to continue working on education and healthcare, to continue cycling and supporting Gaza’s most vulnerable and marginalised, to continue giving people all over the world an opportunity to be involved and make a positive contribution.Over the next couple of years we hope that our work will expand to include creating stronger ties with the Palestinian community in Gaza, directly involving them in our efforts and trying to find ways for more Palestinians from the West Bank and the Gaza Strip to cycle with us. It will expand to include outreach work that informs and educates people on the situation of the siege on Gaza, and it will continue to support sustainable social projects in the region through the mobilisation of volunteers and cyclists around the world.We are a small team of volunteers with big hopes. Alone we cannot achieve our ambitious goals. Your support has taken us this far, and we hope it will take us further and help to kickstart a promising 2014. Right now, through a few simple clicks, you can help us to expand our reach and grow our efforts:1. You can forward this newsletter on to ten friends who know nothing about Cycling4Gaza, better yet who know nothing about Gaza.

(And make sure you do the same!)

2. You can share our latest press release with your media contacts. The more we can talk publicly about Gaza the more people will hear us and the closer we are to our goal of informing and educating as many people as we can about the situation in the Gaza Strip.

Finally, if you would still like to donate, you can do so here: www.pcrf.net/cycling4gaza

I hope you enjoy the rest of this newsletter. I would like to thank you all once more for your incredible support, the cyclists for their superhuman efforts and achievements, the PCRF for their invaluable work in the Gaza Strip and Palestine at large and for the partnership they have fostered with us, our corporate sponsors for their generous support, and finally the Cycling4Gaza 2013 committee who worked tirelessly to make this another successful year. They are: Zara Hannoun, Mohammed Tahboub, Tala Fahoum, Natasha Hannoun and Tabrez Ahmad.

Stay tuned for updates as we get the ball rolling in 2014!

Check out our 2013 Newsletter

You can sign up for our 2013 cycling challenge by downloading the registration pack found as a PDF link at the bottom of the newsletter. 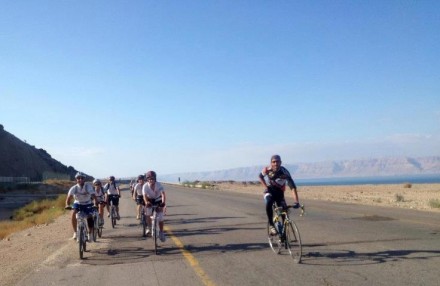 Cycling for a Future

This week, we hear from another one of our dear cyclists, Simon Lam (aka legs of steel). He tells us about what led him to sign up for the Turkey cycle challenge: starting with his trip to Palestine earlier this year. 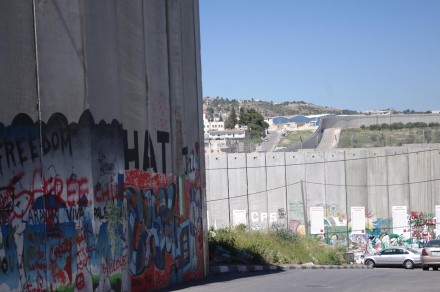 ‘If you head to the West Bank, you will see the massive Wall which is supposed to improve security…’

My journey did not start from Istanbul, it started with this conversation back in 2011. END_OF_DOCUMENT_TOKEN_TO_BE_REPLACED