Cycling4Gaza will be screening Oscar nominated documentary “5 Broken Cameras” on September 7th at 7 PM at The Fridge in Dubai.

“5 Broken Cameras” is a Palestinian-Israeli-French production and is directed by Palestinian Emad Burnat and Israeli Guy Davidi. 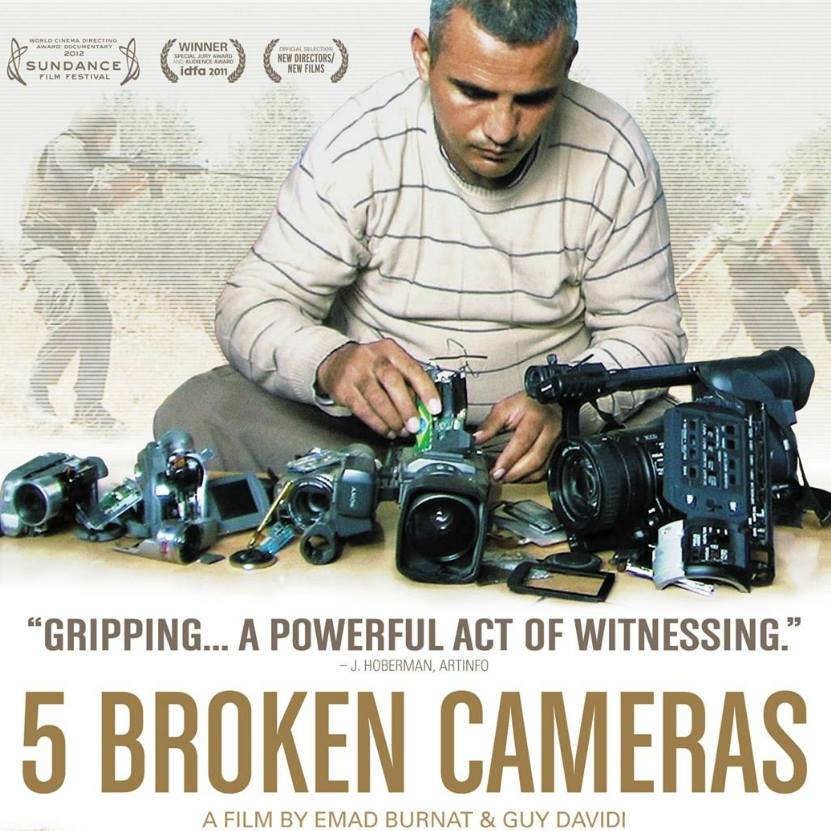 The film is a chronological collection of the series of events that surrounded the weekly protest at the village of Bil’in against the expansion of Israeli settlements and the Israeli separation barrier. The narration is done by Burnat and thefilm focuses on the personal stories key people in the village lived within their roles to protect the ownership and access to their farming lands.

The film’s title refers to the number of cameras owned by Burnat and were broken by Israeli forces during the five years over which the film was shot. Each camera tells a different story according to the co-director.

The Fridge
Map: http://tinyurl.com/oa7rhb8
Please use this map (as opposed to directions from Facebook) as it is more accurate.

Moti Roti will be catering their famous Roti Wraps and skinny
Lassis (smoothies) at the venue.

Admission is free. Donations are welcome.
This is a public event. Feel free to bring friends and family.