My horrid blackberry alarm rings at around 4:45, and I feel that I haven’t gotten a wink of sleep. Our cycling group spent most of the previous night stretching and sharing stories by the cozy fireplace at the Feynan Ecolodge; yet still I’m incredibly sore. I pack up in the dark, put my cycling gear on and wobble downstairs for a mighty breakfast. We have around 127 km to cycle today – almost just as much as the previous day. Our final destination today is Mujib.

We started the morning with some beautiful, breezy downhills. Unfortunately Jordanian side roads aren’t as smooth as Yas Marina Circuit in Abu Dhabi, and we found ourselves maneuvering around huge potholes – which of course led to a few crashes. However, it was wonderful observing villages come to life as the sun rose. I had stopped to take a photograph when one of our cyclists got a flat tire as she was passing me. We took a few moments to truly enjoy the sun rising over the mountains while we waited for the support van to come around with our spare tubes and replace the flat. 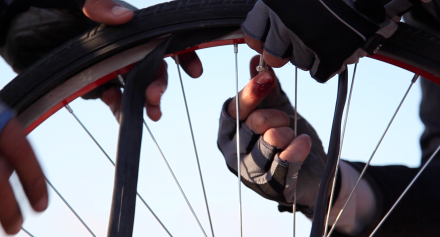 We spent the day cycling at a steady pace, enjoying the landscape as it evolved from rocky mountain terrain, to desert, then back to rocky mountains that resembled the Northern Emirates, then through lush agricultural fields, then onto salt pans then finally onto gorgeous glimpses of the Dead Sea. 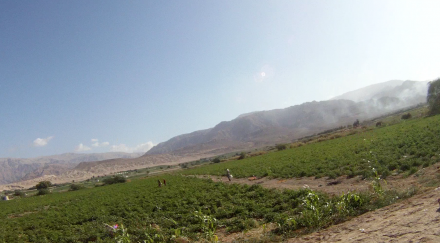 At one point, I heard a creaking rickety sound to my left, I turned around to look behind me and I saw a Jordanian teenager cycling with us on his ramshackle bicycle. We chatted to him along the way, listening to his life story. He recounted tales of when he rode his bike to Syria, and how he wanted to leave his life in Jordan in hopes for something better. He then looked up and said, “I’m leaving you here, bye and good luck!” 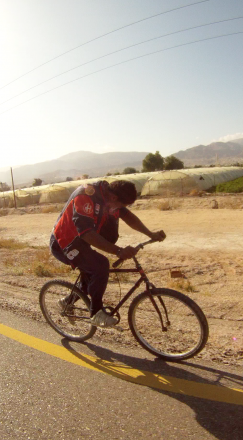 I glanced up and saw exactly why he chose to leave us at that moment. A massive uphill awaited us, we picked up speed as much as we could and conquered it in slow meditative cycling motions on our lowest gear possible. We had a few uphills that day, luckily they provided some preparation for what was to come the third day. Shortly after reaching the 90km mark, we stopped by the side of the road to ravenously eat our mushroom wraps and protein bars.

Post-lunch, we were granted incredible panoramic views of the Dead Sea to our left, with Palestine on the horizon. 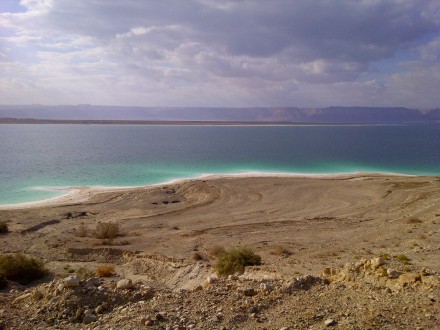 We arrived at Mujib around 4:30pm (completing 127km), with enough time to explore and take a Dead Sea swim, stretch a little and take in the view. 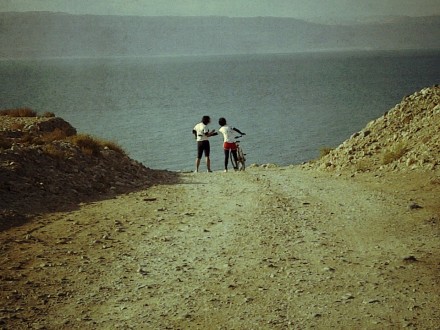 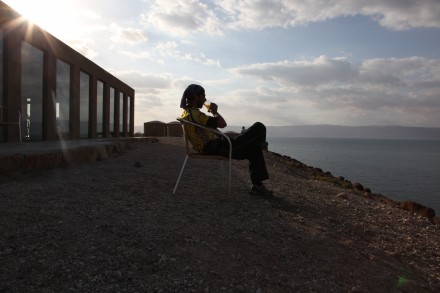 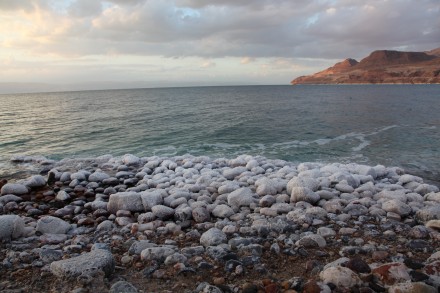 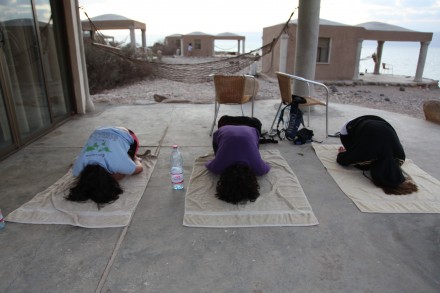 After some much-needed (cold) showers, we spent the evening having an insightful conversation with a fellow cyclist from Gaza, who told us tales of his childhood in Gaza and the realities on the ground now. The conversation not only enlightened us with information on Gaza we did not know, but also gave us the motivation and drive to work that much harder for the 80km full of uphills that were to follow the next day, remembering why we had taken on this challenge in the first place.